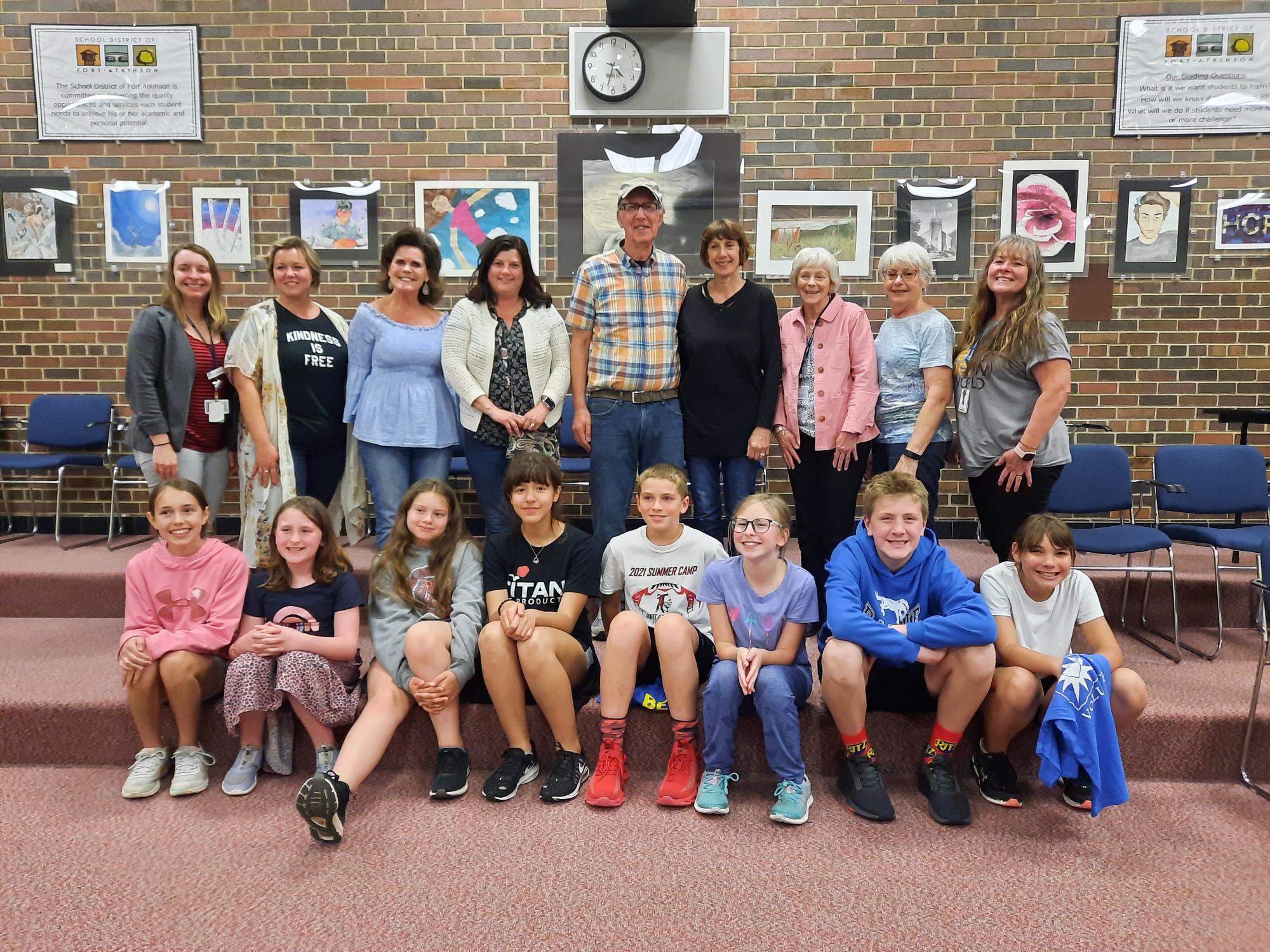 In our current digital age, filled with an abundance of constant texts and emails, writing letters might seem like a lost art. But some Rainbow Hospice Care volunteers and local elementary students are doing their part to rekindle that pastime of picking up a pen and paper.

When the COVID-19 pandemic hit, volunteering opportunities were limited, and feelings of loneliness and isolation were common, as people longed for more human interaction. That’s when Rainbow’s two volunteer coordinators, Jill Radke and Sam Margelofsky, heard about a pen pal program from one of their affiliate members in the Waukesha area. They talked the idea over with one of their Rainbow volunteers, Ambyr Lemke. All of them agreed there would be some potential interest among other Rainbow volunteers and formed a pen pal group.

“We thought it would be a great way for some volunteers to stay involved and Ambyr ran with the program on her end,” said Radke.

Mrs. Lemke has volunteered with Rainbow Hospice Care since 2019, mostly doing work with Your Friends in Action, a volunteer program managed by RHC intended for non-hospice patients living with chronic illness and disability and who could benefit from “neighborly” support to maintain their independence. Lemke has served as the pilot for the pen pal program and helped navigate its launch.

When the program began, Lemke was teaching third grade at Fort Atkinson’s Rockwell Elementary School and found several students from her own class and a few other classrooms in the school who liked the idea of having a pen pal and paired them with a Rainbow volunteer.

Lemke currently teaches reading intervention, and this past school year the program expanded to include fifth graders from Fort Atkinson’s Luther, Barrie, Purdy, and Rockwell Elementary Schools. Thanks to Lemke’s involvement, the Rainbow pen pal group has taken off. Rainbow Hospice Care volunteers and their student pen pals have been busy crafting and sharing messages back and forth with each other, writing and receiving, on average, one letter a month.

Rainbow’s pen pal group started with only five participants for the 2020-2021 school year and has now grown to 11 Rainbow volunteers. That might not seem like a substantial increase, but the two groups have exchanged over 150 letters throughout the last two years. It has even brought back feelings of nostalgia for Rainbow volunteers that grew up writing and receiving letters.

“Besides the sheer fun of getting an old-fashioned letter in the mail, I enjoyed forging a new friendship with someone from a younger generation,” said Rainbow volunteer Kristy Bates. “It took me back to a simpler time when I was young. I also reinforced my proper writing skills.”

Despite the generation gap, the program seems to be growing in popularity with the student pen pals as well. Students compose one letter per month, and it’s become a fun activity that doesn’t feel like regular homework to them. Lemke looks forward to running the pen pal project again next school year.

“Having a pen pal is something the kids really enjoy,” said Lemke. “They are ecstatic when they receive letters at school and since we live in such a digital environment and have replies from messages almost instantly, writing letters was a wonderful way for kids to experience something new.”

Before the end of the school year, during a short meet and greet at Luther Elementary School, the Rainbow volunteers finally got the chance to meet their younger pen pals face-to-face for the first time.

“It was very fun and exciting to see the kids meet their adult pen pals,” Lemke said.

For everyone involved, the program has become a wonderful opportunity to connect with their pen pals’ interests. They’ve also discovered the joy of writing letters, learning from and about each other, and forming some unexpected new friendships. For those reasons, the pen pal project has become a success story.

“This program is a direct result of doing what we can do during a pandemic, getting more students and volunteers involved while staying safe,” Radke said.

“I look forward to letters from my pen pal and enjoyed getting to know her through letters,” said Rainbow volunteer Terry Benisch. “Meeting her in person was the icing on the cake!”