They were selected to be the first faces of Rainbow Hospice Care’s Extraordinary People, Extraordinary Care 30th anniversary campaign in December 2019.

What started out as a promising year for Rainbow nurses Joani Robertson, Sarah Stewart, and Jody Goodle, quickly became one that challenged them in their professional and personal lives. Now over two years later, they can reflect and finally exhale.

When the COVID-19 pandemic hit in March of 2020, nurses found themselves in a situation they’d never been in before. Visits to facilities were limited and Joani, Sarah, and Jody had to find alternative ways to deliver compassionate end-of-life care and support for patients and their families with phone and virtual visits.

Feeling the stress of COVID, Jody Goodle planned a much-needed summer vacation to northern Wisconsin with her family in June 2020. At the end of their trip, they decided to stop at Jody’s aunt’s cabin and go tubing. The day couldn’t have started out much better with Jody enjoying the beautiful summer weather and having fun with her family. She even took a quick photo to capture the memory before her son Ben and his cousin took off tubing.

But less than 15 minutes later Jody found herself running through the woods after she saw their inner tube come crashing into a nearby pier.

“They got too close and hit it at 30 to 40 miles per hour and it demolished the pier,” said Goodle. “Ben was laying sprawled out and then he started throwing up so that really scared me.”

Her nursing instincts kicked in immediately and she knew they needed to get both boys to a hospital right away. The closest one was a half-hour away in Rhinelander. Ben’s cousin had some bruised ribs and some pain but was released later that night. Ben got a CT scan from his head to his hips and also an ultrasound to see if he had any internal bleeding or injuries.

“The right side of his organs you could see clearly, but on the left side you couldn’t see anything,” Goodle said.

Doctors determined that Ben had two lacerations to his spleen and his left kidney. He also had five fractured ribs and blood in his chest-abdomen area. The doctors had to put in a chest tube and soon Ben was on a med flight to Marshfield Children’s Hospital.

Jody and her husband Robert drove two hours to meet Ben. Even with COVID guidelines still in place, both got to be with Ben during the day and Jody stayed with him every night.

“Seeing the look on his face and all the pain he was in is something I never want to experience again and I’m sure he doesn’t either,” Goodle said. “I did my best not to show how scared I was in front of Benny because I was trying to keep him in an uplifting, positive outlook to what his normal baseline is. But he got to see me cry quite a bit and I’m sure I cried more through all of that than he did.”

Ben spent three nights in the ICU before he was transferred to the main floor to continue his recovery. Before he started physical therapy, he experienced more pain in his ankle. An x-ray showed that Ben had a torn deltoid ligament that had ripped off a chunk of bone and also had cartilage that got into his hip joint. Ben spent a total of 11 days in the hospital before he was released and wasn’t able to move or do much of anything.

The family celebrated July 4th in the hospital with staff.

“They kept saying hopefully it’ll be tomorrow,” Goodle said. “But his release just kept getting delayed.”

When they finally made it home to Watertown, Ben had a small setback. After one night at home and struggling in pain, he went back to the hospital for more x-rays and to have IV fluids. Thankfully, he didn’t have to spend another night in the hospital. But he had to sleep in a recliner for a few weeks at home to be more comfortable.

“It’s pretty amazing how quickly he started to bounce back,” Goodle said. “I think once his spirits came back and he was joking around and talking and laughing that’s when we all were in a better place.”

Having worked as a hospice nurse for eight years, Jody has experienced plenty of ups and downs, but it’s different when things hit so close to home.

“I tell everyone to treat every day like it’s your last and I truly think that it makes you better at your job because it really does give you that empathy and knocks you back a level to remember that what others are going through is insanely hard too,” Goodle said. 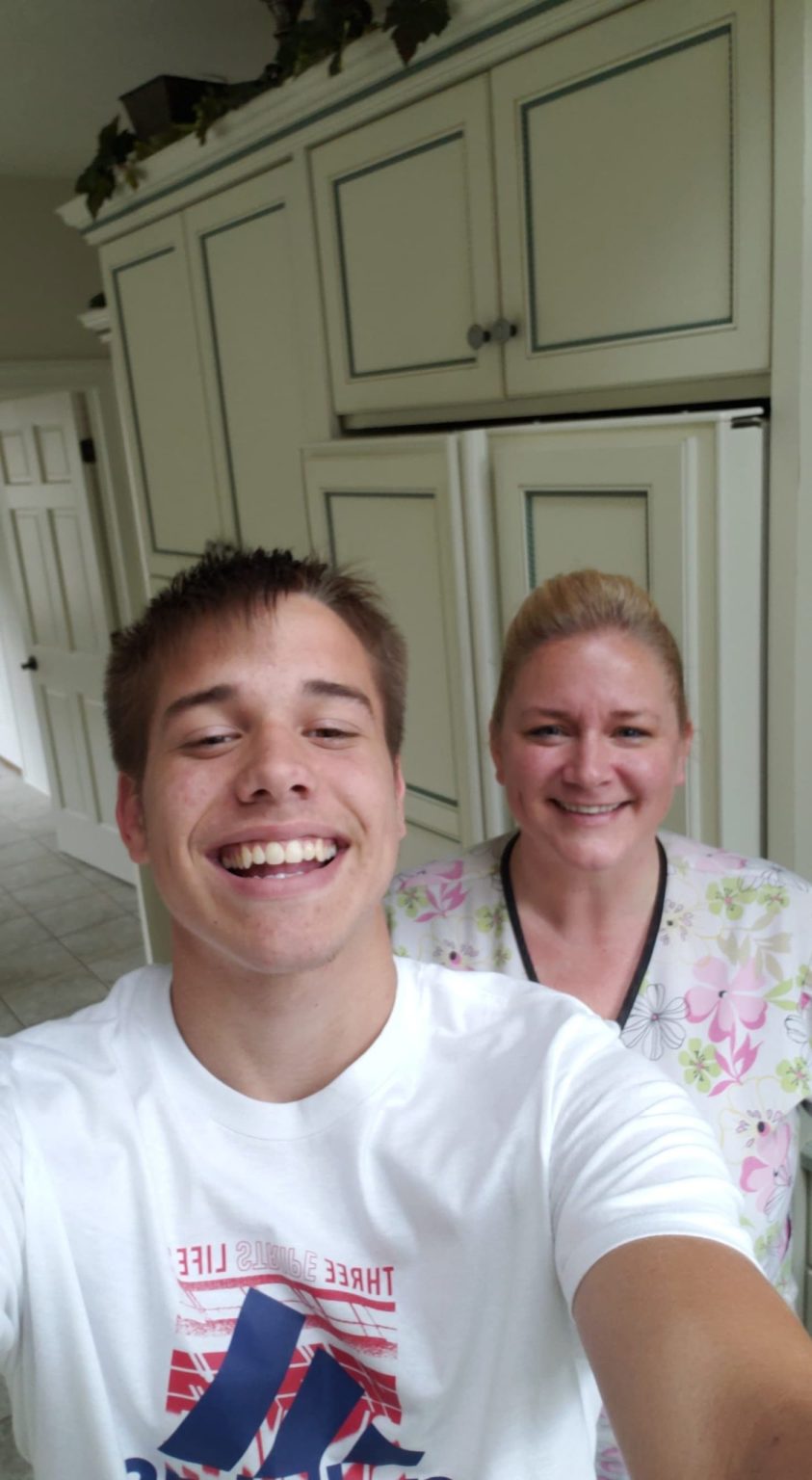 During the pandemic, Sarah Stewart was juggling three kids, her job at Rainbow, and her schoolwork to become a family nurse practitioner.

She took some time off to recover from her own wrist surgery when her daughter, Alivia, went to have her wisdom teeth removed at the end of July 2020. The surgery went well but two days later she developed a fever.

“Being a nurse and a mom, I was concerned,” said Stewart. “I called the oral surgeon and they said it was normal and probably related to the pain.”

When Alivia’s pain increased they visited the oral surgeon again and even though she had two dry sockets it didn’t look like she had an infection.

Sarah though couldn’t shake the feeling that something else was wrong, especially when Alivia continued to have a fever.

“Our primary doctor recommended we go to the emergency room and they agreed she was sick, but that she had some virus and it was safe to send her home,” Stewart said. “I suppose they felt comfortable since I was a nurse, but I was wearing that mom hat more than the nurse hat.”

But by 2 a.m. Alivia had started to feel worse. They went back to the ER and her fever had spiked to 105 and her heart rate was close to 200. Her labs showed inflammation levels in her kidneys so they decided she needed to be transported by ambulance right away to American Family Children’s Hospital.

“I think we saw, no exaggeration, 30 doctors that next day between different specialties,” Stewart said.

During a cardiology consult that afternoon Alivia went into full septic shock.

“Her fever was 106.3 and she had uncontrollable shaking, blue hands, and feet,” Stewart said. “As a nurse, I knew what was going on, but I was still in that mom mode of making excuses for what I was seeing.”

Alivia went up to intensive care but they still didn’t know what was wrong with her except they knew she had a blood infection. Soon, they were able to determine that a very serious rare bacteria that we normally have in our mouths had made its way into the bloodstream during her wisdom teeth surgery. Routine surgery turned into Alivia fighting for her life. 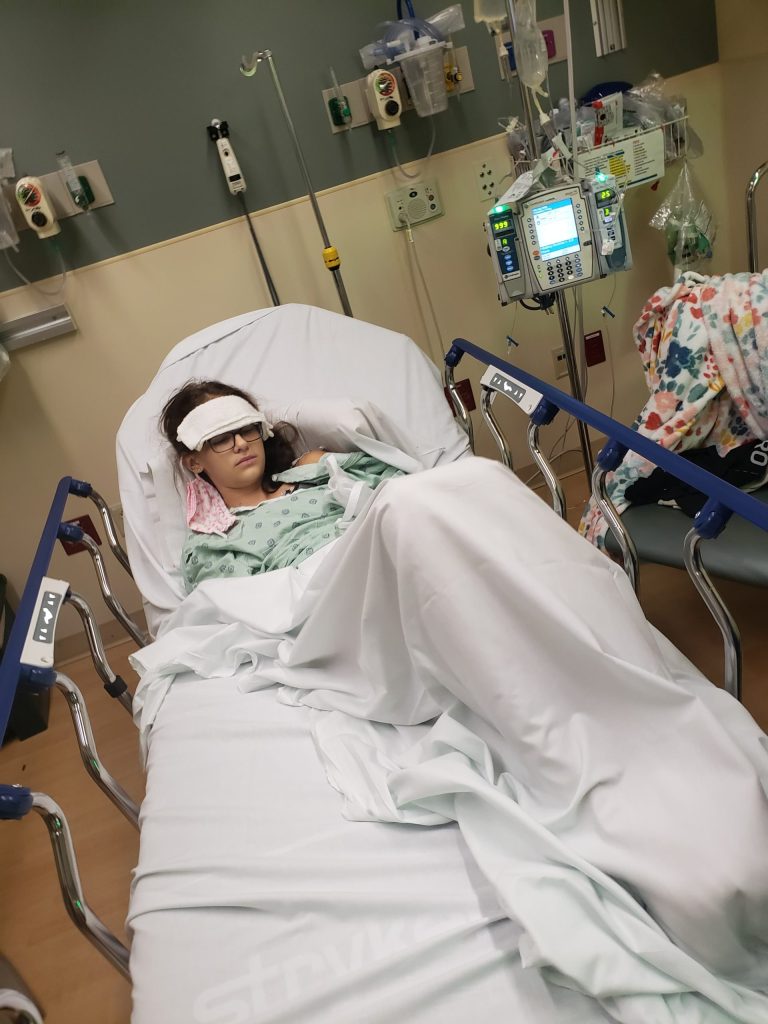 “They had to do a literature review to find out how to best treat her infection,” Stewart said. “I was in the middle of doing one for a class and at that time I thought it was kind of pointless, but when you see it used in the medical field, it saved my daughter’s life.”

Alivia spent six days at Children’s Hospital and Sarah never left her side. When Alivia was released she continued to have IV antibiotics 24 hours a day for over two weeks at home and then was on oral antibiotics for another month. It took Alivia a while to get her energy back and some pain lingered a few months later. But she is now stronger and graduated from Fort Atkinson High School in June 2021. Now Alivia is following in her mother’s footsteps of becoming a nurse. And Sarah is also much stronger for having gone through the experience as both a mom and a nurse.

“I had to tell myself quite a bit that she’s in good hands, and the nurses and doctors are taking care of her,” Stewart said. “Then I had to actually live that and really step back. I had to be the mom, not the nurse, and trust these other healthcare professionals to take good care of her.”

Like Jody was for her son Ben, Sarah was an advocate for her daughter Alivia, making sure she received extraordinary care like she wants her hospice patients and families to have. 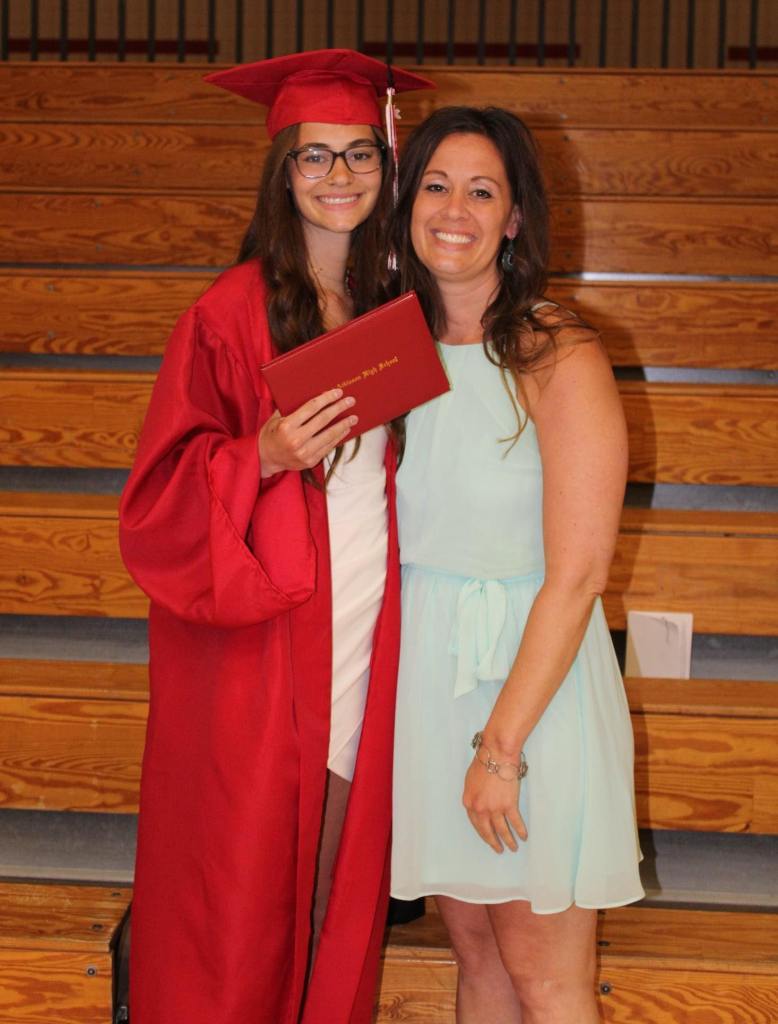 “It’s hard to think about, but Alivia is the toughest girl I know,” Stewart said. “There’s a chance we could have lost her.”

When Joani Robertson started at Rainbow Hospice Care almost nine years ago, her mother, Jeanette, was battling a terminal illness. A plan was in place to bring her to the Rainbow Hospice Care Inpatient Center in Johnson Creek to be closer to Joani and her family but Jeanette passed away before she had that chance. Joani then took some time off to attend to her mom’s funeral planning and estate needs.

“I can relate to a lot of the struggles that families are dealing with at end-of-life and all the things you don’t know that come after that,” said Robertson. “When they ask, ‘what would you do if it was your mom?’ I can tell them about my experience.”

With COVID cases spiking all around her, Joani still had a relatively quiet summer in 2020. But when it was time for classes to resume in the fall of 2020, she got a call at work that her daughter, Laynee, suffered an accident by falling off the monkey bars at lunch recess.

“She tried to go back to class, but she was just crying and was in a lot of pain,” Robertson said.

Joani raced to pick up Laynee to take her to urgent care.

“I knew just by the way that she was holding it, that it was probably broken,” Robertson said. “She couldn’t even let it dangle without being in excruciating pain.”

X-rays confirmed it was a break.

“It turned out to be the bone that goes from your elbow to your shoulder and it was right underneath the ball of her shoulder,” Robertson said. “They can’t cast there so she was just in a sling and had to be pretty immobile.” 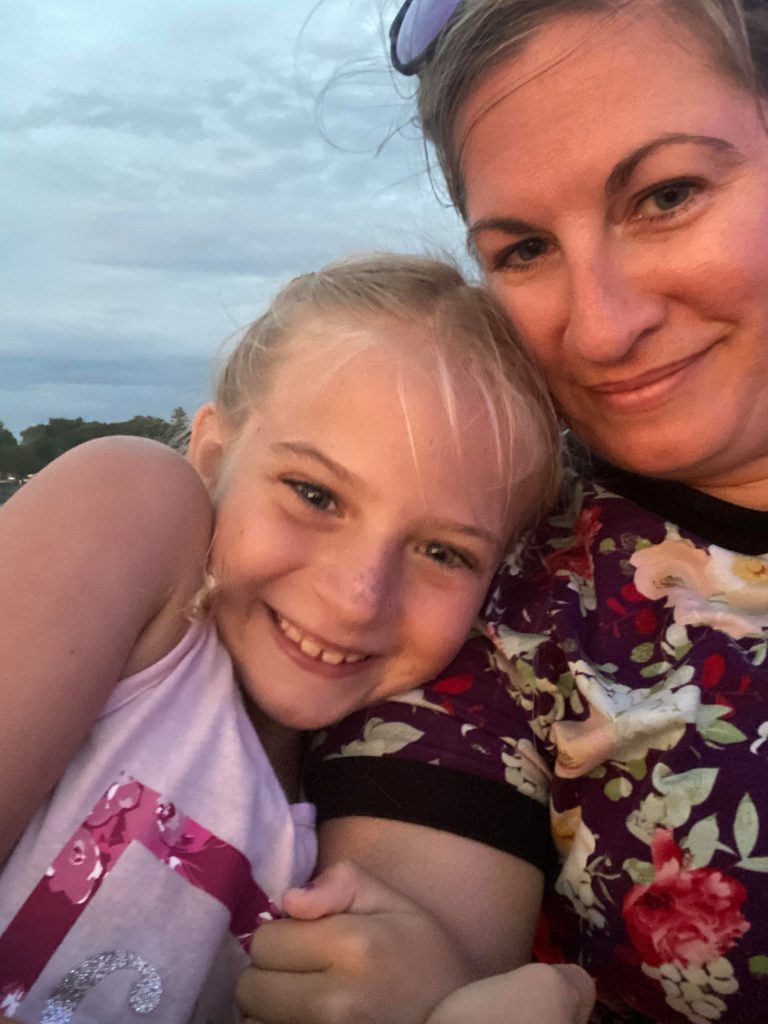 It didn’t take too long though before Laynee was back outside having fun with her friends.

Jody, Sarah, and Joani know that things could have been a lot worse for them and their families in 2020, especially during the height of COVID.

“2020 made me want to put my family in bubble wrap for the rest of the year,” Goodle said.

Each of them wouldn’t consider themselves a hospice hero. For these experienced nurses, their children are the real heroes. Perhaps, even more importantly, they showed themselves and others what resilience and perseverance look like, and can serve as a role model for others to find strength when times are tough.